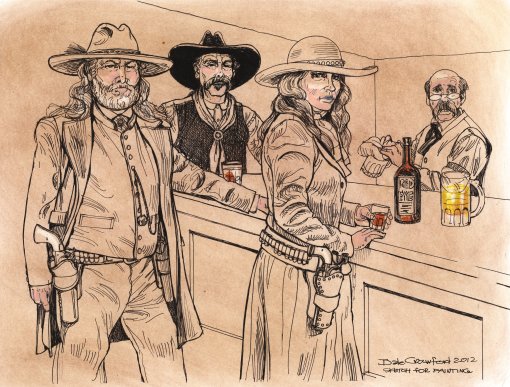 I got interested in cowboy action shooting early in 2000. My brother-in-law and I decided to give a try and have been playing the game every since. The people, the guns, the clothing (costumes) and did I mention the people make this game a lot of fun. 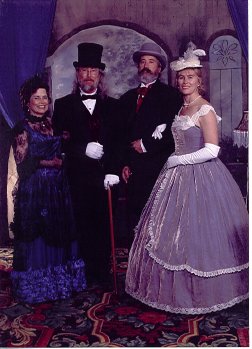 
When I started I was shooting in the traditional class (two handed) until I felt comfortable with the competitions. I then decided to charge to shooting dueliist (one handed) and soon changed to gunfighter (a gun in each hand). I am not fast or that good but I look good when I shoot. Here I am at Hell on Wheels shooting stage 1 in 2011.

Marshal Jack Murphy in action on stage 1 at Hell on Wheels 2011.